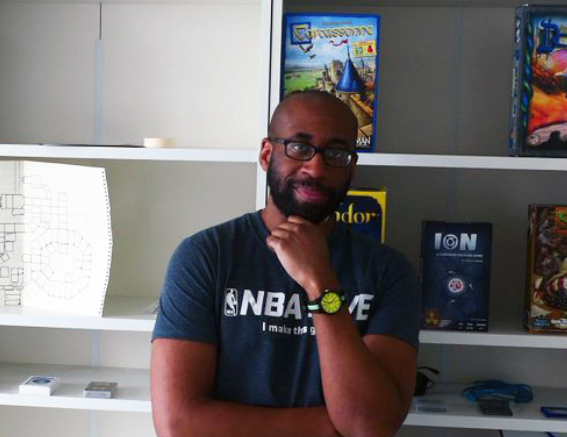 To design a game, one only has to have an open mind. That initial seed for an idea can come from anywhere and at any time. It can be anything from a personal experience that had a long-lasting impact on one's developments as a person, to a mundane observation about the people and world around them. Miyamoto drew inspiration from his days as an adventurous child exploring caves and forests around his home in the countryside of Kyoto and turned it into one of the most iconic games ever made, The Legend of Zelda.

The ability to take this inspiration and develop it into a well thought out idea is one of the core learning outcomes in ESTS 310. Students first begin this process by learning how to analyze the games that they already enjoy playing. This exercise helps them to identify a game's systems and mechanics, the rules that govern those mechanics, and the goals that the designer has set for the player. In describing their behaviors and emotions during play, students will also begin to understand the impact that a games’ design can have on the player's psychology. From here, they begin to explore techniques for creative thinking through associations and learn about the stages of creative thought.

For some people, creativity seems to come naturally, while for others it is something that must be learned. At this point, students learn that in both cases there is a process for generating creative ideas. Associations are humans' way of recognizing patterns. They help to identify hazards, recognize people and locations, and enjoy rhythm patterns in music. But this skill can also be harnessed to generate unique ideas for game concepts and mechanics. With the use of mind maps, students learn to create visual associations that help them to define a creative hook; the unique take on an idea that will become a design razor for all concepts and mechanics that will go into their game. Being able to generate the idea is important, but understanding how to transform that idea into playable mechanics is when the real fun begins. To do this, they learn about the taxonomy of game mechanics and how to utilize these classifications to develop their game. Their first game design document becomes the result of this process.

After the students have experience with creating a game concept, they are placed into groups and begin to design physical prototypes of game mechanics that they develop as a team. The purpose of this activity is to build their skills as a team member and learn how to make decisions within a limited amount of time. These prototypes are only worked on in class, which reinforces the necessity of quick decision making. Teams will then play their classmates' games and give constructive feedback to each other, which can then be processed and implemented into their prototype for one last iteration before the final playthrough.

Growing Department Welcomes New Faculty
Dr. Neal Dreamson has a Ph.D. Socio-cultural philosophy from the University of Queensland DDES. Prior to joining SUNY Korea he worked in multiple Australian universities such as the School of Teacher Education and Leadership, Queensland University of Technology (2010-2020); Department of Interactive, Visual Design; Animation, Creative Industries Faculty at Queensland University of Technology (2008-2010); Department of IT and Multimedia at Central Queensland University (2005-2008); and Department of Multimedia Design at Monash University (2002-2005). My interdisciplinary research and teaching capacity have been built based on two earned doctoral degrees: A Doctor of Philosophy (Ph.D., 2016) titled, Interculturality: A metaphysical manifest for rethinking cultural diversity and reinventing intercultural interaction in education, and a Doctor of Design (DDES, 2007) titled, Interactive user experience design: Creating an effective online experience. While he was working for QUT, I had participated in and/or led eight nationally competitive funded projects (over A$0.6 million).